Household saving got a boost last month, as spending on hurricane recovery died down.

A slowdown in consumer spending translated into higher saving, as spending on durables and services fell. After the hurricanes hit the Gulf Coast at the end of last year, households in the affected areas rushed to rebuild and replace cars and household goods that had been damaged, especially motor vehicles, causing a temporary boost in outlays. However, economists expect spending to pick up again in the coming months, as consumers continue to see gains in their paycheck due to the recent tax cuts.

One reason for the low spending numbers may be tax refunds, as concern over tax fraud led the government to delay payments until the last week of February. Spending that came as a result of these delayed payments would not have been captured by the retail sales survey for February, and the low numbers may be revised up. 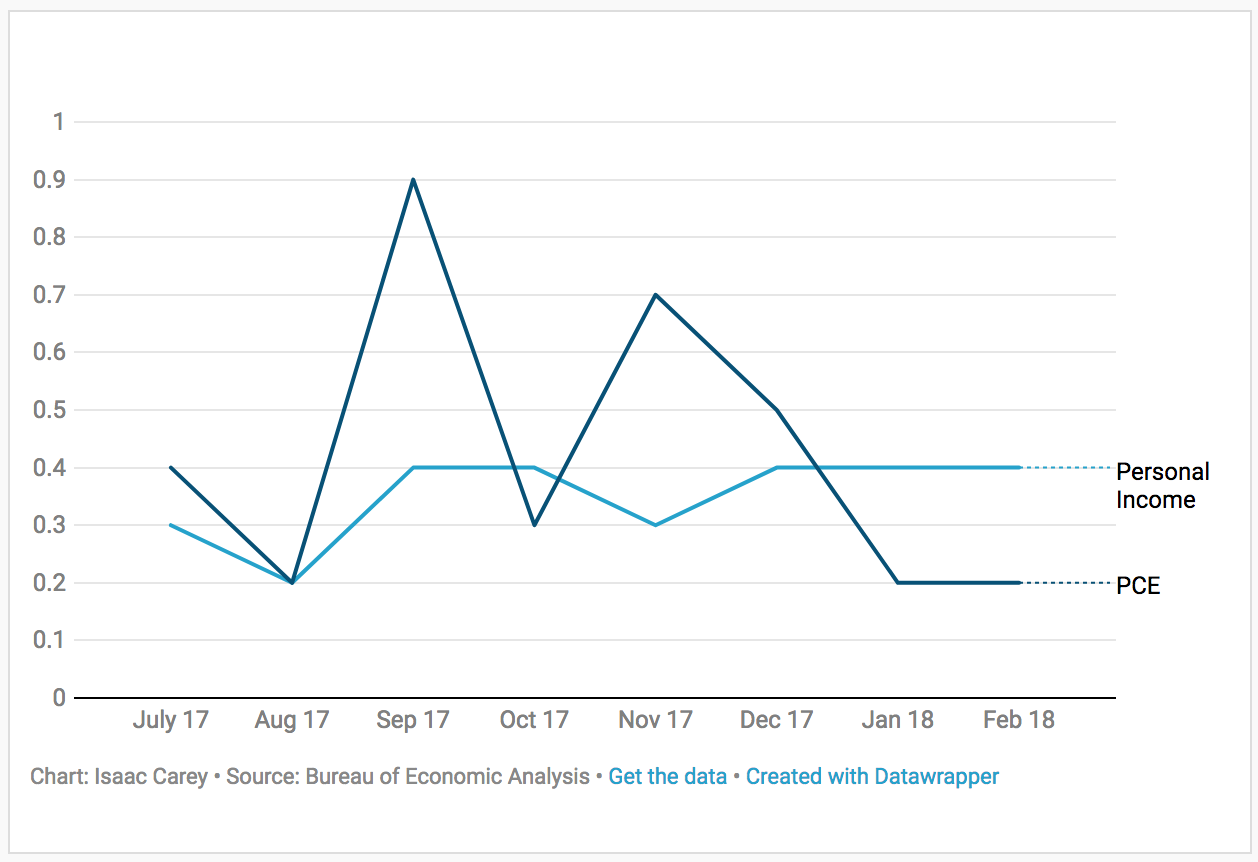 However, the payments may not have a big impact on spending since so many of the tax breaks went to the wealthy, according to Robert Brusca, president of Fact & Opinion Economics. Wealthier people are more likely to save extra money, since they are not living paycheck to paycheck, which would cause the higher saving rate to continue.

Similarly, saving has been down for months, and last month the rate was the lowest since the recession began in 2007. Many households have a saving deficit, and may use the extra money to save for retirement, said Brusca.

“We’re getting out of this period where spending had been so elevated,” he said, referring to the end of last year. “So now the question is: will spending really and truly be weaker than we all thought? Or will tax cuts find their way into the spending stream, and accelerate spending?”

Monica Marzano, 53, manages an industrial supply store in Jonestown, Pennsylvania and said her tax refund was delayed until February 26. She and her boyfriend used some of it at a nice restaurant, but their meal would not have been included in the most recent spending data.

More importantly for Marzano, however, was the amount of the refund. It was more than last year’s, and she was able to put it toward more long-term projects.

“I’m using most of the money to build a deck for our new house,” she said. “It’s nice to be able to do that.”

The weak consumer spending numbers add to the low numbers on housing and trade, leading many analysts to anticipate modest economic growth for the beginning of this year. The Atlanta Fed’s forecast for GDP growth in the January-March period is at 1.8 percent, below the 2.9 percent growth at the end of last year.

Inflation crept up in February, which also may have contributed to the slowdown in consumer spending. The Consumer Price Index (CPE), which measures the monthly changes in price, rose to 1.8 percent from 1.6 percent in January. However, some of this may be due to volatile oil prices, which have been increasing lately.

The core CPE excludes oil and energy from its price calculations, and showed a lower increase at 1.6 percent. This is 0.1 percent higher than January, and the highest year-on-year increase since February 2017.

However, inflation is still below the Fed’s 2 percent target, a target which has been missed since it was first set in 2012.