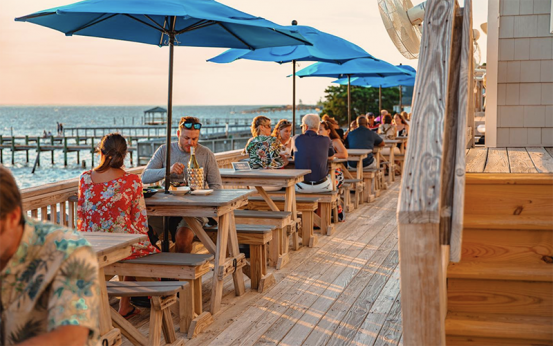 Adam Orman hoped that a raise in wages would convince restaurant workers to come back.

Instead, he says, he’s seeing hiring numbers that are far below what he considered a good period in the industry.

Cooper, the owner and general manager of L’Oca d’Oro in Austin, Texas, says that he sees the shortage of workers as a turning point for the restaurant industry. He says change is needed to remedy the issue and hopes that smaller restaurants like his will follow suit with a wage raise.

But he admits his restaurant is an “outlier.”

“Nobody wants to work this taxing and stressful job for $2.13 per hour with no benefits,” Orman said. “Even though we offer much more than that,  it’s hard to get our message out to all potential applicants.”

Outside of massive chains like Chipotle or McDonalds, restaurants have yet to raise wages unilaterally. Even as restrictions ease and business picks up, small-scale restaurants are clinging to a sense of optimism to carry them through this tough period and hope that the shortage will work itself out. Some owners hope the prospect of increased business — and fatter tips — will woo workers back. Some companies, especially large chains like Chipotle, are offering hiring bonuses and other incentives in the hopes of avoiding permanent wage increases. But smaller businesses say they simply can’t afford to pay more.

But experts say it’s short-sighted to worry about being bankrupted by a hefty payroll when staff is dwindling by the day.

“For some [businesses], the lack of workers may push them to re-evaluate their own business models,” said Alice Cheng, CEO and founder of Culinary Agents, a restaurant industry job and news site. “For businesses who plan simply to rely on increased wages from tips, they may be setting themselves up for more near-term uncertainty as diners in the post 2020 environment may be more unpredictable.”

Total eating and drinking at restaurant sales are up $1.9 billion in April compared to March. Job openings are continuing to grow stronger month-over month yet hiring remains stagnant. March saw record job openings – topping 8 million – according to the Bureau of Labor Statistics. Hiring, however, only rose 4%.  The industry is still 1.7 million jobs below pre-pandemic months.

“After a year of closures and delays, restaurants are urgently trying to fully staff up to meet the rising demand,” Cheng said. “Now, with so many businesses re-opening and expanding simultaneously, the supply side shortage is very real.”

The situation was less dire in 2020. While dealing with some shortages, operators were still staffing fast enough to keep up with business before the situation exploded. Now, not only has demand for work skyrocketed, but demand from consumers to eat out has climbed as well, as consumer prices at restaurants rose 0.3% in April.

In Texas, restrictions have been eased for months. Orman says he’s listing job postings more widely than ever in hopes to bring workers back. But even with better wages and hours, he says, workers retain a bad taste in their mouths toward an industry that so desperately wants them back after just as quickly kicking them to the curb in 2020.

“We’re offering great wages plus tips, plus direct primary care, subsidized counseling and paid leave and we’re seeing a fraction of the applicants we used to,” he said.

But operators’ optimism that the shortage of workers will work itself out doesn’t reflect a truly shifting industry. The debate over short-term worker shortages is happening as the federal government is weighing a federal minimum wage of $15. Restaurants have fought for years against such an effort, citing the same arguments of affordability and a need to cut staff if enacted  Yet Some states have already implemented wage hikes successfully, nullifying cries of payroll issues from operators.

“Restaurant owners in markets where wage floors have increased substantially in recent years – thanks to more and more states enacting the change – have seen that their total labor costs aren’t a simple multiple of hourly wage,” said Xavier De Souza Briggs, a nonresident senior fellow at the Brookings Institute Metropolitan Policy Program. He says there are benefits which makes attracting workers easier and drives up retention.

Briggs says the biggest resistance toward raising the minimum wage comes from the National Restaurant Association, which doesn’t represent smaller businesses. Instead, he says, it’s dominated by large chains with more real estate and cash behind them.

But operators, which on one hand are seemingly desperate for workers to flock back, aren’t swallowing their pride. They point to unemployment benefits and stimulus checks as the reason for their problems. Without a raise in wages to reflect the changes in the industry, though, operators aren’t helping their case to bring workers back.