Restaurants could be in trouble as their menu costs soar and grocery stores lower their prices.

Over the past year, the consumer price index – an index measuring the changes in prices for goods and services – showed a 2.3 percent increase in the food-away-from-home index and a 0.8 percent drop in the food-at-home index,  according to the Bureau of Labor Statistics (BLS).

As a result, consumers are in the kitchen more and at their favorite restaurants less.

“Restaurants have to be careful about raising their costs,” said Kurt Schnaubelt, managing director at Alixpartners – a restaurant and hospitality consulting firm. “The consumer has too many other options.”

Restaurateurs are trying to boost their bottom-line to offset labor costs driven by minimum wage raises nationwide. States such as New York, New Mexico, and Massachusetts raised their minimum wage to or above $11, the highest reported increases in the country, according to the National Conference of State Legislatures.

“Raising the minimum wage can easily account for most of the observed increase in food-away-from-home prices,” said Jeffrey Dorfman, an economics professor at the University of Georgia and author of Economics and Management of the Food Industry.

A deflationary spiral in grocery store prices is driving consumers to stay home for meals. Prices for the food-at-home index declined over the past year as costs for five of the six food groups have lowered. Included in those food indexes are dairy and cereals, and meat, poultry, fish, and eggs, which have decreased by 3 percent over the past year, according to BLS, mainly because of lower oil prices that have reduced production costs for farmers.

Lower costs of grocery items leave the consumer with more options for affordable food outside of dine-in places. 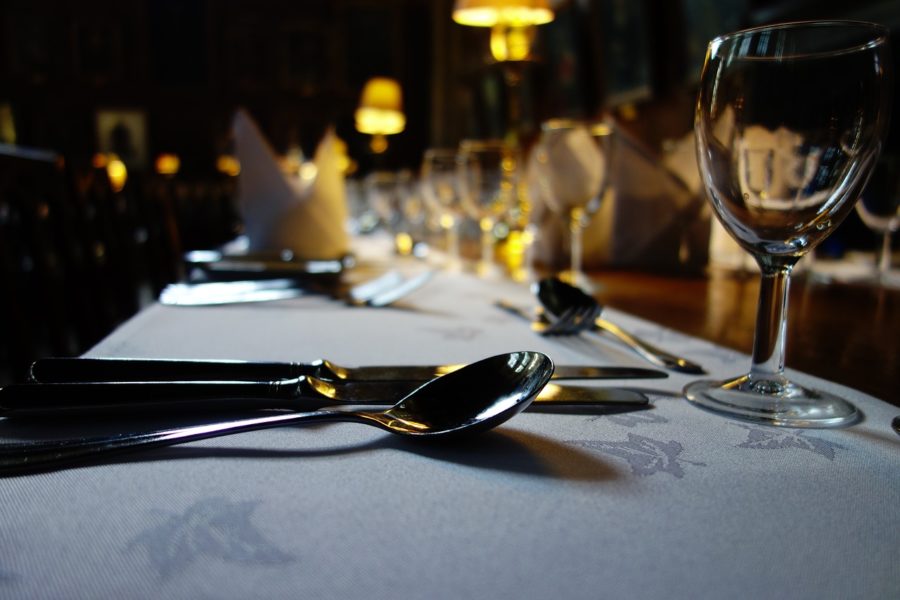 In February, more than 1,000 consumers who participated in a two-day poll conducted by AlixPartners said they hoped to save money eating in and or would rather spend it getting pampered, on housekeeping and among other things than eating out.

“Never underestimate the wiliness of the consumer to find the deal and to pay lower dollars,” said Schnaubelt.

Restauranteurs will not see a big return on profit with the customer’s desire to spend their money outside of restaurants, especially with rising labor costs.

In a city like Seattle restaurant owners are not just worried about the city’s ordinance mandating businesses to increase the hourly minimum wage to reach $15 by 2023, they are are trying to provide an experience that will consistently attract customers.

Restaurants have been trying to increase a bottom line that in some cases have shrunk.

“It’s not a crazy profitable industry, and it’s been slashed in half,” said Pamela Hinckley, president, and CEO of the Thomas Douglas Restaurant Kitchen’s bottom-line – since wage increases took effect at the start of the year.

“Those who build an experience and make people come out will prosper,” she said.

Thomas Douglas Restaurant Kitchen is made up of 12 full-service restaurants and three fast casuals, and they’ve all been impacted by the wage increase.

Hinckley said the restaurant group transitioned several properties at a time to have a service charge, after adjusting wages and implementing revenue share – a method restaurateurs use to balance tips between workers in the back and front of the house in restaurants – and commission payments.

A study by the University of Washington on the impact of Seattle, Washington’s minimum wage reports restaurants have increased the price of their goods and services by 62 percent, some added service charges, reduced the number of their employees, and a reported 11 percent left the city altogether.

Hinckley said she’s paying attention to how the industry is changing and what type of restaurants to open that’ll perform well. The restaurant group’s most profitable division is it’s two casual service style pizza restaurants.

Plus, casual dining is not as attractive to consumers and has been on a decline since 2009. Families made nearly 16 billion visits to casual dining restaurants in 2008, according to Bonnie Riggs, a food industry analyst for the research group NPD. In 2016, they made 14.5 billion.

“These restaurants have lost their approach, their mojo,” said Schnaubelt. “They’re not providing the type of guest service, and experience consumers want to have for their dollar, so they go elsewhere.”

Full-service dining is getting hit the hardest as a result of the level-off of consumer traffic. In April, traffic at casual dining chains fell 2.4 percent, according to the new Knapp-Track Index for occasional dining same-store sales. Record numbers for the casual dining segment of the restaurant industry have not made a strong comeback since the economic recession in 2008.

In addition to shifts in the restaurant industry, changing consumer eating habits could put restaurants in a dire situation. Options like having meal kits delivered at home could mean consumers spend even less money at restaurants.

One such business which delivers in-home meal kits, Blue Apron, is now worth $2 billion, says Goldin.

Restaurateurs like Hinckley remain hopeful restaurants will hold up in the changing tide of the industry.

“There’s going to be some hard times and market adjustment,” she said. “We have to double down and work harder.”