Orders for durable goods declined in January but the economy has underlying strengths, signaling business spending is on the rise.

Durable goods did better than expected, decreasing 5.2 percent instead of the predicted 5.8 percent. If airplane sales are stripped out of the results, the indicator actually rose 1.9 percent.

Transportation sales were stronger than expected due to increases in machinery sales and electrical equipment, but computer and airline sales dragged the numbers down.

“The fact that it was up is impressive enough,” said UBS economist Kevin Cummins.

One of the strongest increases in sales were machinery orders, which  surged to 13.5 percent and was the largest increase the industry has seen since May 2010. Electrical equipment sales also rose 1.4 percent. Fabrication sales rose minimally, but were still up 1 percent.

The numbers suggest strength in the economy because they show businesses have shrugged off uncertainty due to the sluggish economy and the potential budget cuts of the so-called fiscal cliff.

“If anything, this rebound suggests these worries were probably overblown,” Cummins said, and predicted similar results with the recent budget cuts that have gone into effect.

“Sequestration is a modest drag on growth,” he said, “That talk in Washington is purely political and it’s looking like the sequestration may shave a couple points off the GDP, but it will not necessarily derail the recovery.”

The numbers were dragged down due in part to airplane manufacturer Boeing, who sold fewer planes in January and contributed to the 19.8 percent drop in transportation orders. Total shipments were also down in January, falling 1.2 percent. Core shipments declined to 1.7 percent. Inventories, however, are still on the rise, and the shipment ratio rose to 1.66 from 1.64.

Cummins predicted a 7 percent gain in equipment and software spending this year, which will match last year’s pace and is generally consistent with the upward momentum heading into 2013.

Capital goods orders are expected to continue to increase, suggesting the business sector is feeling more confident and further investment activity could be on the rise. 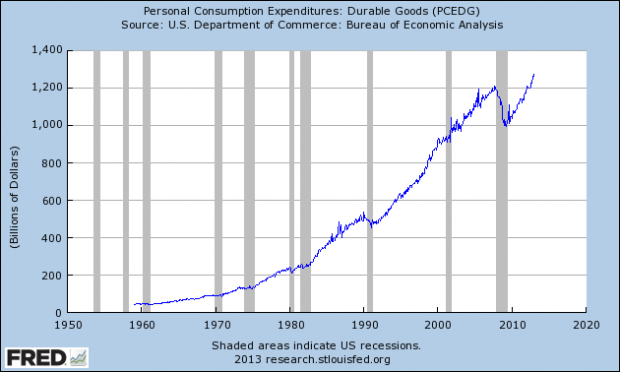